Did Becoming The UK’s Most Hated Brand Actually Work In Protein World’s Favour?

We have a few clients who are based in the fitness and protein industry, so when a marketing campaign by Protein World made national news it certainly caught our attention.

The ad campaign in question features model Renee Somerfield, stood in her bikini against the tag line “ARE YOU BEACH BODY READY?” These posters were plastered along London’s tube lines and have caused uproar not just for London’s commuters, but for people the world over thanks to the ads being shared on social media.

Many people have accused the ads of being sexist and “fat shaming”, presenting an unrealistic standard by which people should measure themselves. Many have even taken to vandalising the ads with words such as ‘Everybody’s Beach Ready’, and sharing them via the hashtag #everybodysready. 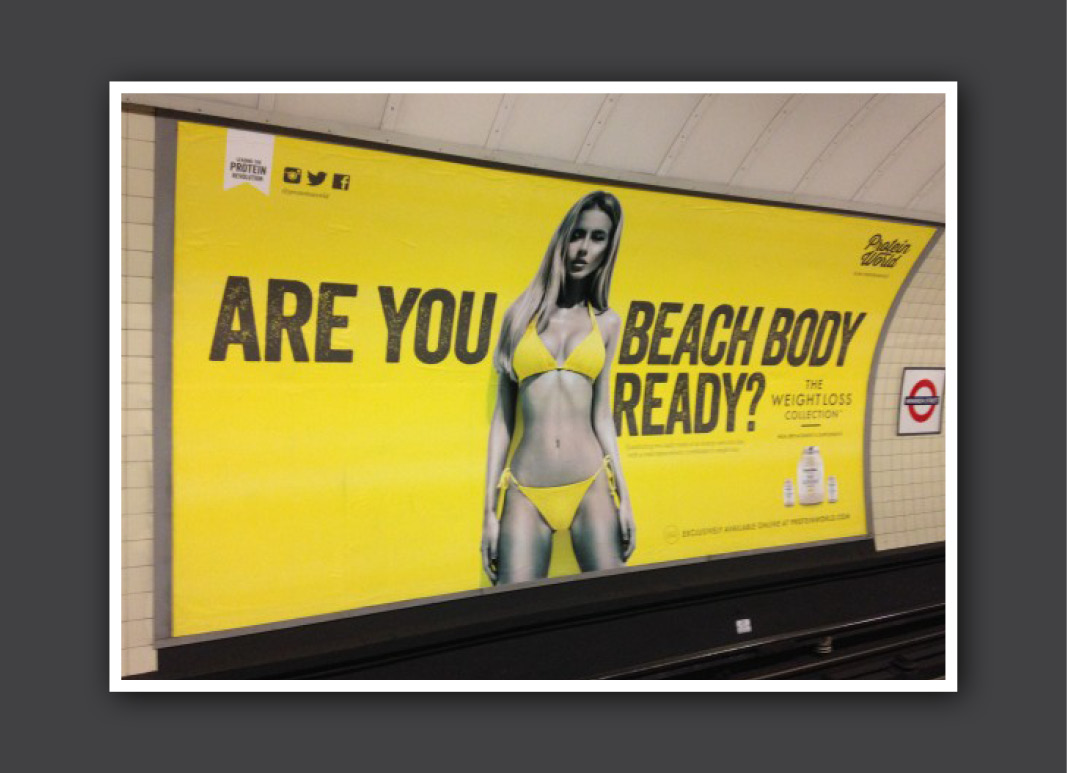 The campaign has caused such outrage that a petition to have the posters removed has received over 44,000 signatures and protest marches in London’s Hyde Park have been organised. Surely that cannot be good for Protein World.

The thing is though; it appears that despite causing them to become hated by people the world over, the campaign could have actually worked in their favour. Richard Staveley, Head of Marketing at Protein World has claimed that since the furore began sales of their products have actually jumped considerably – an extra £1 million in sales since the campaign was launched.

Considering the campaign cost £250,000 to roll out, it seems this campaign has paid for itself many times over already. It’s also very likely that when those posters were designed, they didn’t actually mean for it to go viral. Let’s face it, there are plenty of adverts out there that feature scantily clad slim women that have gone unnoticed.

Whether you agree with the campaign or not, one thing that has been interesting to watch is the way the company has handled criticism, especially on social media. Instead of being apologetic, they have held themselves aloof and almost arrogant, replying to comments with statements such as #getagrip and accusing detractors of “fit shaming”. 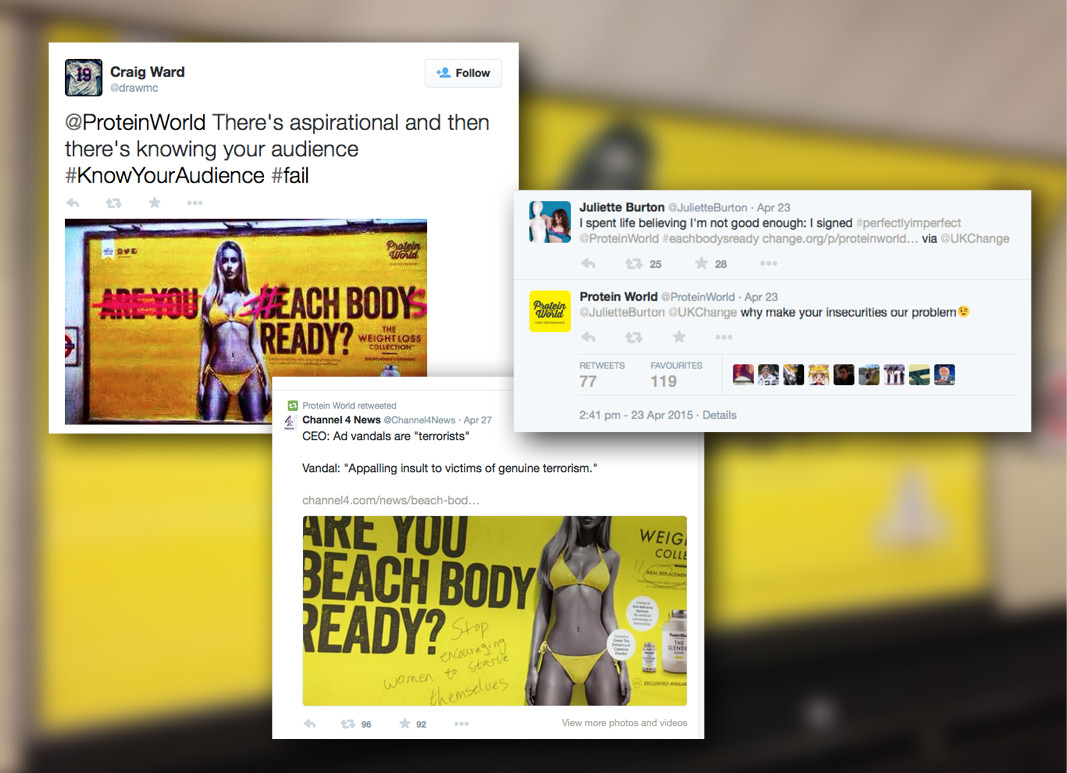 We would question whether the people who are signing the petitions and vandalising their posters are people that would probably never use their products anyway and as such Protein World would have nothing to gain commercially by apologising to them. By sticking to their guns, Protein World have kept their integrity, even if it does mean they are perceived as sexist fat shamers.

One thing is clear. This campaign has got a LOT of people talking, and whether those conversations are positive or negative. Of course there is the old adage that “any publicity is good publicity”. The protein and supplement market is booming at the moment, almost to the point of saturation, yet in the past week or so there has only been one of these companies on the nation’s mind and that is Protein World.

It just goes to show that as long as you have a clear strategy and you stick to your brand’s message, even becoming one of the most hated brands in recent history might actually be good for profits.