Visiting to pick-up her new fleet of promotional Range Rover Evoques, that are going to be used by the radio stations street team, it was all smiles when she saw the cars for the first time. 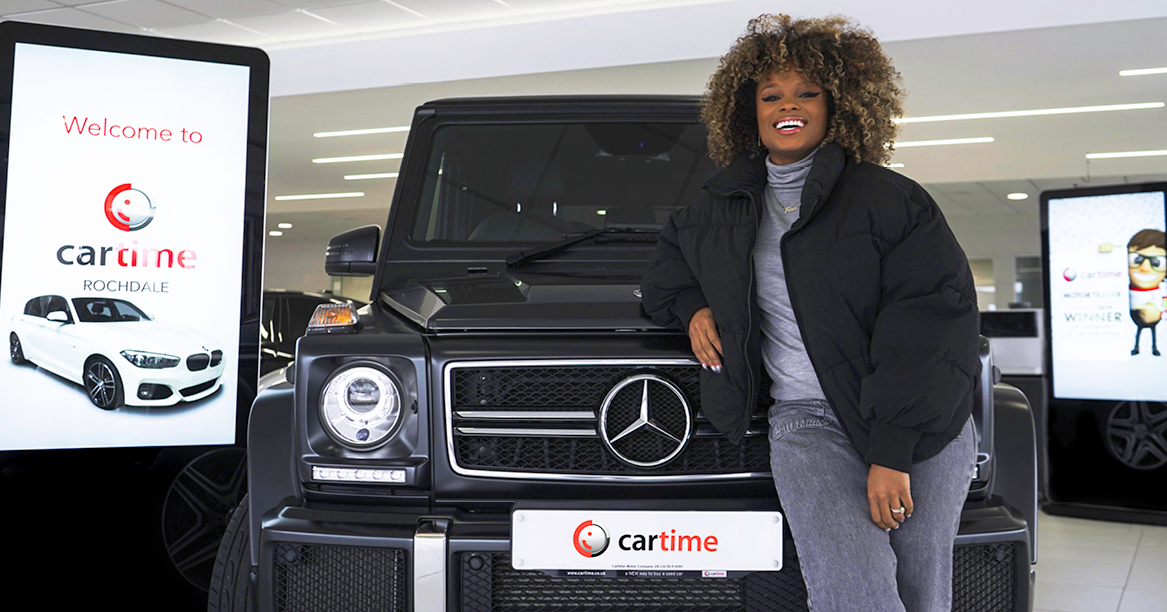 Working with the regional car supermarket, we’ve been involved in cartime’s sponsorship of the stations breakfast show, so it was a nice opportunity to be involved in the handover of the vehicles.

It’s safe to say that the cars were a big hit (no pun intended!) and that Fleur was delighted to see her face and the faces of her co-hosts on the panels of her fleet of brand new Range Rover Evoques. 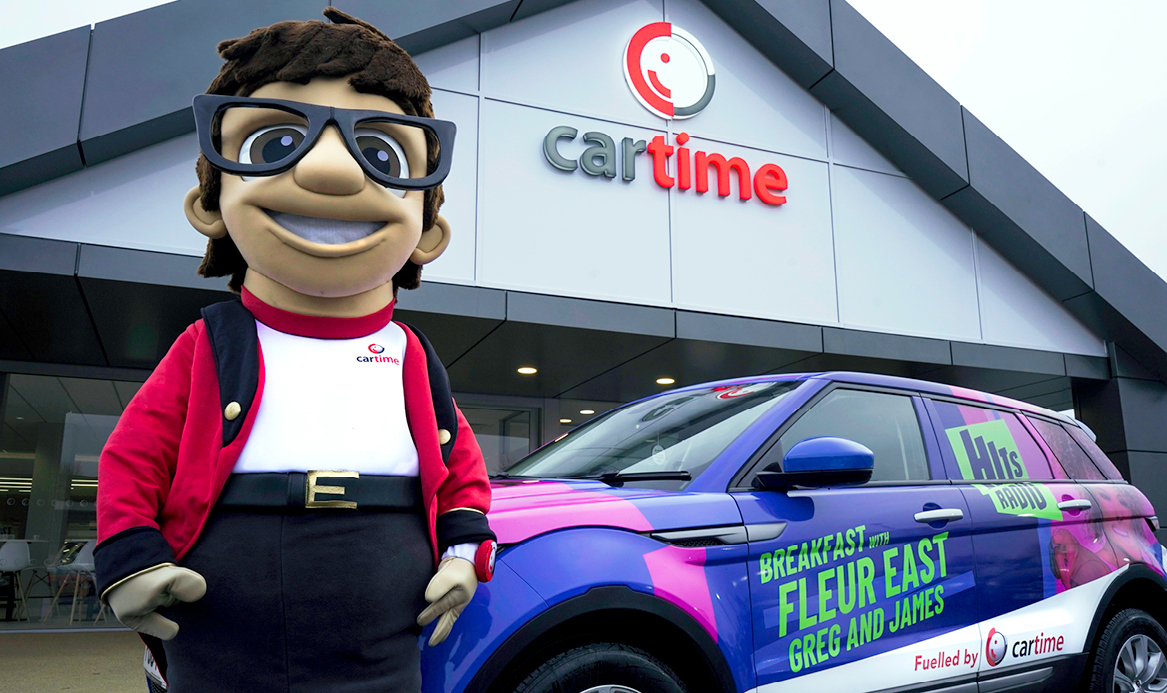 Fleur was fantastic, a real pleasure to meet and work with, so much energy and charisma!

Having seen cartime hand the keys over to Fleur, all that was left for us to do was to run a quick edit of the video footage we’d filmed and showcase what had been captured on the day!

We loved working on this project and think the cars will really stand out from the crowd.

Next time that you’re out and about on the roads of Greater Manchester, keep your eyes open for the Hits Radio’s Range Rover Evoques – they’re hard to ignore! Don’t forget to let us know what you think on cartime’s social media platforms.