The Manchester Marathon 2016: We did it!

In a moment of madness back in December, a few of the team here at K2L agreed to take part in the 40th annual Manchester Marathon, and after months of training the big day was finally upon us.

Sadly, due to an injury picked up during training, our Director Scott was unable to take part so it was just our Campaign Manager Jonny and myself that were joining another 15,000 runners in what is said to be the UK’s “flattest, fastest and friendliest” marathon.

It was a gloriously sunny Sunday morning and the spirits (and nerves) were high as we made our way from the Race Village down at the Old Trafford Cricket Ground to the start line on Chester Road, K2L’s offices at Exchange Quay overlooking us encouragingly.

At 9:00am, veteran marathon runner Dr Ron Hill gave the announcement and we were off, finally able to put those months of training to the test. The first few miles flew by as we snaked our way around Cornbrook and past Man Utd’s ground, cheered on by the incredible crowd. This was definitely the most enjoyable part of the race, firstly because tiredness hadn’t yet kicked in and secondly because for most of it I was running alongside a guy dressed, ever-so-bravely, in a gorilla suit. 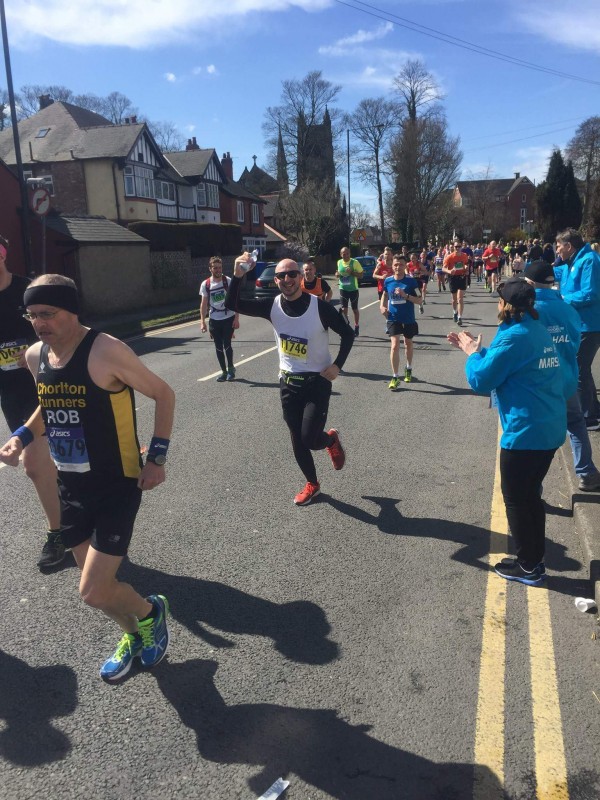 From there we made our way up through Stretford, to Sale and then through Timperley to the halfway point in Altrincham. It seemed that wherever we ran, there were people in the streets who had come out to cheer the runners on. There were kids handing out jelly babies to give us a boost of sugar, people with home made signs for friends and family members, and even a few church choirs singing joyfully for the entertainment of the crowd and runners alike. 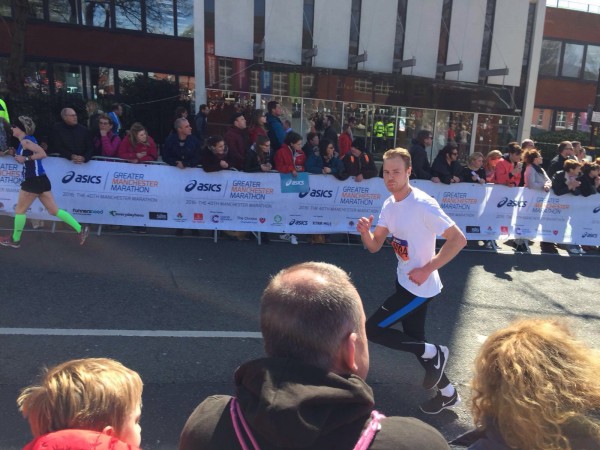 This was my first marathon and if there is anything I will remember about it, it’s not going to be how painful it was, but how amazing the crowd were all along the route. You go through some real rough points as every muscle in your body starts to ache, but it’s incredible how much a simple “go on lad, you can do it!” from a stranger can spur you on.

The support was needed too, as by all accounts both Jonny and I had points where we both wanted to give up as our legs began to seize up and feet seemed to become heavier than breezeblocks. From the halfway marker as we made our way back towards Old Trafford through Sale, Urmston and Stretford the race became more of a struggle, with each step becoming more difficult than the last. 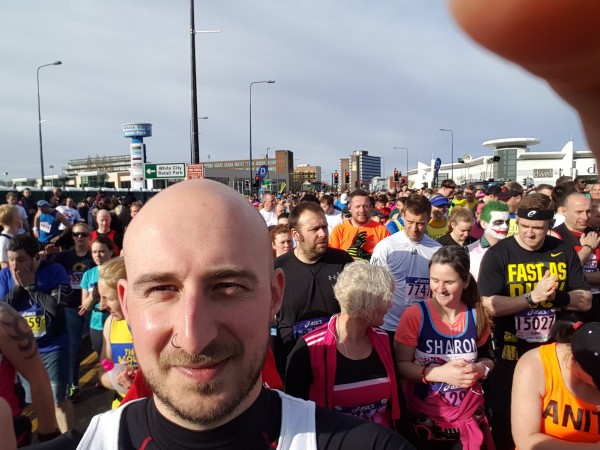 Somehow though, will power prevailed and before long we were back on the approach to Old Trafford, counting down the miles and then the metres as the finish line approached, the crowd becoming more deafening with each step. As the finish line was crossed, the pain and fatigue gave way to overwhelming elation.

Jonny made it across the line in an impressive 3:48. I was 10 minutes slower at 3:58, which I don’t think is too shabby for a first attempt.

Today, our legs may be in tatters and our bodies aching and our energy levels depleted, but we’re glad we did it. We’d like to give huge thanks to the organisers of Manchester Marathon, the stewards, the volunteers giving out water and energy gels, and of course, the thousands of supporters cheering on the runners. And to every one of the 15,000 runners that took part – a massive congratulations. We’ll see you next year! 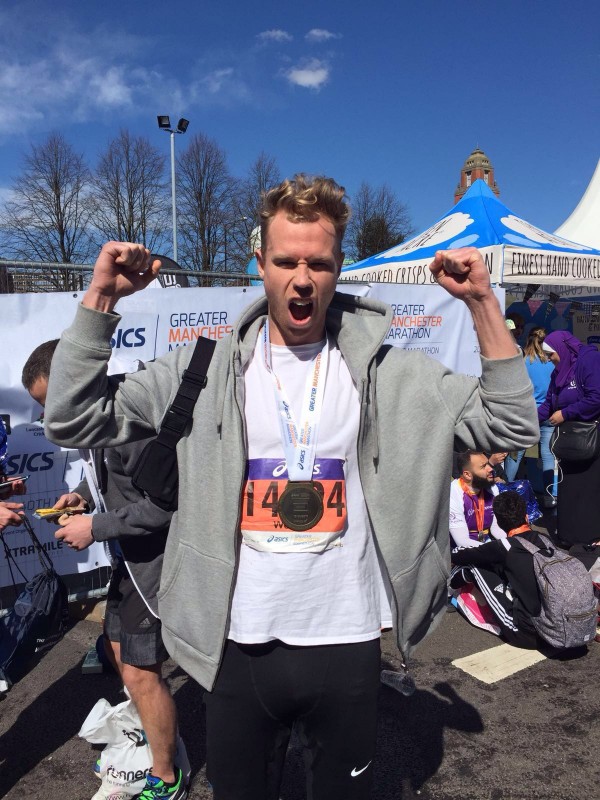 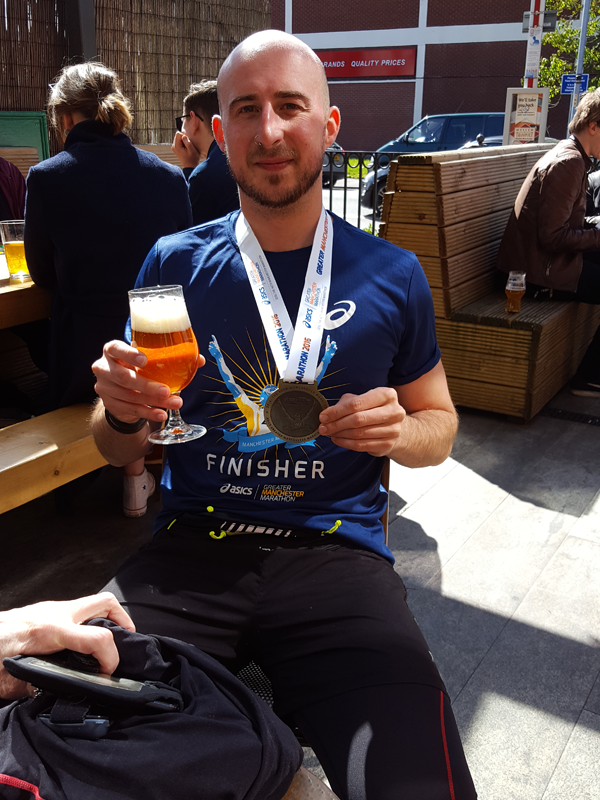