Manchester’s Olympic Parade… Will We See You There? | K2L

Manchester’s Olympic Parade… Will We See You There?

You’ll have probably heard the news by now… The homecoming parade for Britain’s triumphant Olympic and Paralympic stars is to be held in none other than our wonderful city. That’s right, ol’ Manny will be hosting the sporting stars – plus the thousands of visitors that’ll arrive to wave them by.

During the Olympics back in August, our talented Team GB won an impressive total of 67 medals. Gymnast Max Whitlock and cyclist Jason Kenny topped the tables, leading the way with three gold medals each.

The boys and girls of the Paralympics then followed suit with an astounding performance, bringing home a whopping 147 medals.

A bit of a snub for London…

The decision to stage the main parade in Manchester is great news for a number of reasons. It’s a good shout for democracy (and maybe a teeny snub to London) as normally these events are held down in The Old Smoke. However, after calls from communities across the UK, the decision was made to hold the parade outside the capital, in order to reflect the diverse contribution made by athletes from across the UK.

Poor Leeds and Leicester, who had both made a bid to holding the festivities… Narrowly missed out to marvellous, magical, magnificent Manny.

PM Theresa May announced: “It will be a celebration fit for heroes – and rightly so, because that is exactly what they are. For the past fortnight, the people of the United Kingdom have been filled with pride as we’ve watched our Olympians take victory in so many sports with power, grace and control.

“In every discipline and at every stage, Team GB have shown the world what we’re made of: determination, dignity and true sportsmanship.

“They haven’t just made history; by showing just how far talent and hard work can take you, they have inspired the next generation.

“They have also shown the importance of supporting elite sport and that is something this Government remains wholly committed to.” 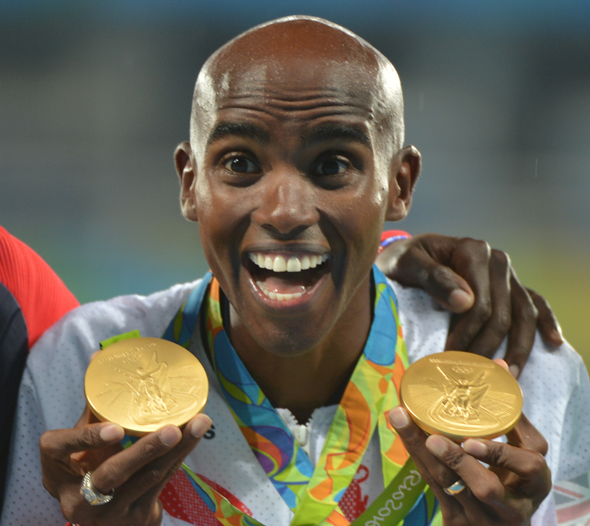 More than 200,000 people are expected to flood into the city centre to celebrate, but if you’re worried about parking, don’t be. Reports have stated that over 5,000 FREE parking spaces (that’s right, FREE) are being made available across different locations, to try and stem the flow of traffic and ease congestion as much as possible.

“This is one of the most important celebrations that the city has played host to and with so many people expected to visit we’re really encouraging everyone to plan their journey and to know the travel options available to them.”

It’s safe to say that out of the whole of the UK, Mancunians had a particularly successful Olympics. Athletes from Greater Manchester actually won a grand total of 24 medals, so although Leeds and Leicester will be gutted, at least we can say we deserved it.

In fact, it wouldn’t be the first time if we called our city a ‘medal factory’. Manchester City Council deputy leader, Sue Murphy has already called it – applauding the city for turning out golds from the National Cycling Centre and Velodrome. These hotspots happen to be where Jason Kenny and Laura Trott trained – as well as being known as ‘the home of British Taekwondo’.

Sue said; “On behalf of the whole of Manchester, we couldn’t be more thrilled to host the national parade for our Olympic and Paralympic heroes. We will be sure to show our athletes the meaning of celebration. The city has been a medal factory, pumping out golds as the home of British Cycling and British Taekwondo. It’s fantastic to see the product of years of hard work and training at the centres of excellence in east Manchester.”

And she’s not wrong. The event will be unforgettable, with no doubt a tangible excitement in the air. It’s likely to inspire the next generation of future Olympic and Paralympic athletes too, so we look forward to seeing you all there.

Are you heading down for the parade? Don’t forget, it all kicks off at 4.30pm on Monday, October 17. The starting point is outside the Museum of Science and Industry in Castlefield – be early to bag a good spot!